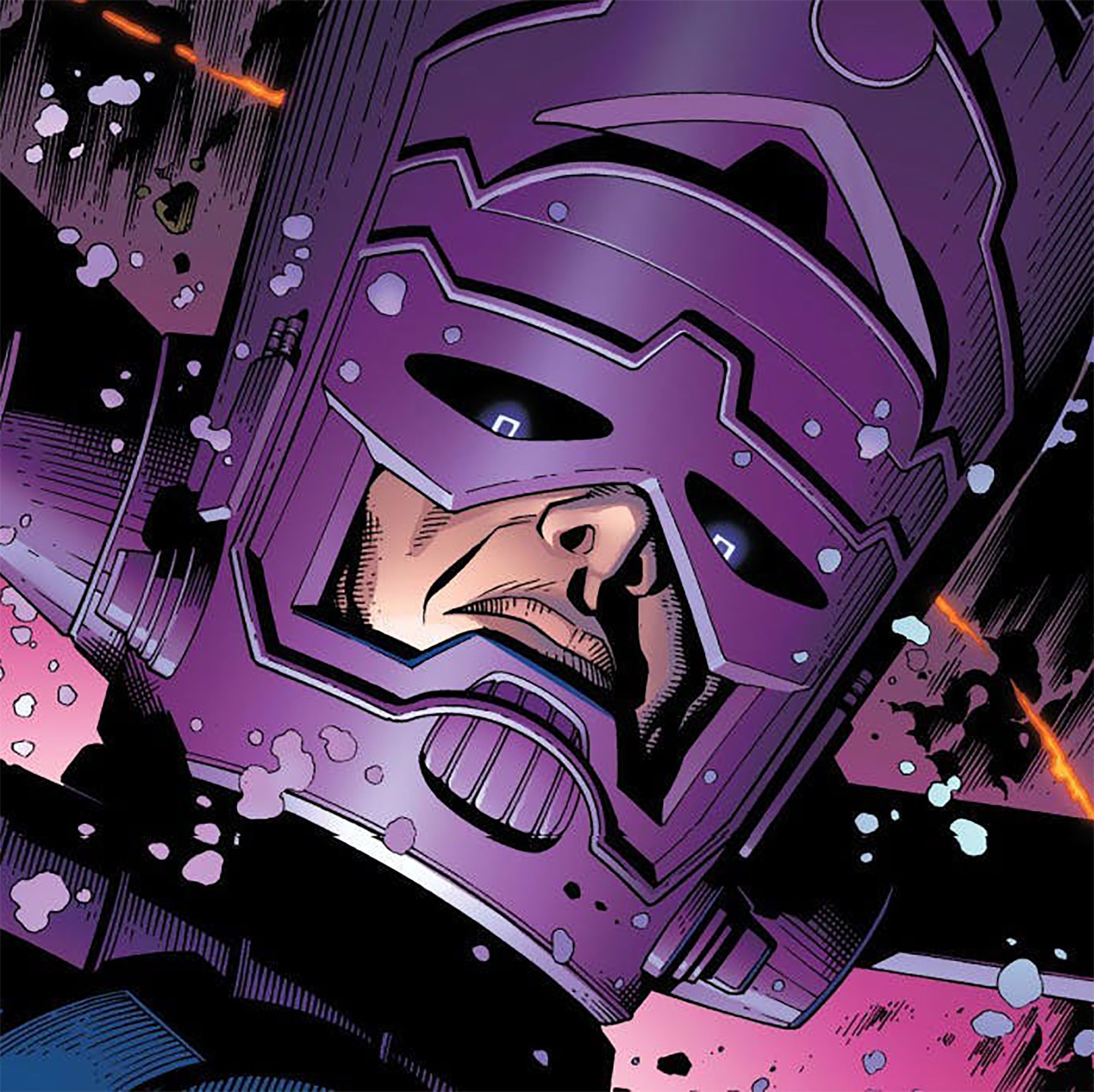 What is a flat character? Here’s a quick and simple definition:

A character is said to be 'flat' if it is one-dimensional or lacking in complexity. Typically, flat characters can be easily and accurately described using a single word (like 'bully') or one short sentence (like 'A naive and idealistic schoolteacher with a fragile heart of gold'). The important thing about flat characters is that they never transcend or break with the formula that defines them.

The Origin Story of Flat Characters

The word 'flat' was first used to describe fictional characters by E.M. Forster in his 1927 book The Aspects of the Novel. In his original definition of the term, Forster focused on the idea that flat characters are defined by a single idea or quality (like “overbearing mother” or “villain”) from which they fail to deviate in any meaningful way. In other words, Forster wrote, flat characters lack the ability to surprise readers, or to do so in a convincing manner. Because a lack of complexity is the hallmark of a flat character, it's common for readers to have very little information about a flat character's background or the motivations behind their actions.

Forster uses the example of Mrs. Micawber from Charles Dickens' David Copperfield to illustrate how a flat character can serve an important function in a story without making the entire story seem to be 'flat,' unconvincing, or lacking in complexity:

Mrs. Micawber comes from a well-to-do family that disapproves of her husband, who is kindhearted but financially unstable. She constantly avers that she will 'never leave Micawber!' She is a flat character because she is only defined by her devotion to her husband, but she still plays an important role in a narrative that focuses on the plight of the working class.

Today, people sometimes mistakenly believe the the term 'flat character' is only ever used to critique a character who they think is poorly-written. While it certainly is a problem to have a character come across as flat if they were intended to be round, the term “flat character” is not necessarily a criticism, as the example of Mrs. Micawber shows.

Flat Character vs. Round Character

In Harper Lee’s To Kill a Mockingbird, the narrator and protagonist, Scout, is a round character. The reader is able to understand how Scout thinks (she's confident and intelligent) and what she feels (she worries about the morality of mankind), which can be attributed to her backstory (her father, Atticus, is respected for his wisdom, which he imparts to his daughter). Scout is a complicated and unusual girl, whose personality cannot accurately be conveyed in one sentence or phrase. It takes an entire novel to begin to understand her.

It's a common mistake to use the term 'static character' as a synonym for 'flat character,' but these terms actually refer to different aspects of the character and should not be confused. Here's a run-down of the basic difference:

While flat characters generally are also static, this is not always true. A flat character might change over the course of the story in some way and therefore qualify as a “dynamic character' (for instance, the 'bully' may discover Buddhism and change his ways) but this doesn't necessarily make the character any more complex or lifelike—they might just shift from one sort of flat to another sort of flat.

Flat characters are common throughout literature, particularly among the more minor characters. Here are a number of examples.

Flat Character in Mark Twain's The Adventures of Huckleberry Finn

In The Adventures of Huckleberry Finn, the protagonist, Huck, finds himself in a moral dilemma. After he has run away from the home of Widow Douglas and her sister, Miss Watson, Huck runs into Jim, whom he knew as Widow Douglas and Miss Watson’s slave. Jim has also escaped. Huck initially has misgivings, since he was taught that it’s a crime to help a runaway slave, but he also empathizes with Jim and develops an emotional connection to him, which makes him question what he has been taught. Huck and Jim are the focus of the novel, and are both round characters, as they both face internal and external conflicts which reveal their complex personalities and backstories in detail.

Miss Watson and Widow Douglas, on the other hand, can be described much more simply: they are strict women. Widow Douglas believes it’s her Christian duty to reform Huck, and Miss Watson is a tough, old spinster—and that’s about all there is to say about the two women. They never become more complicated, or do anything to disrupt this conception of them. Moreover, the reader is not given any clues as to how the women became who they are or why they act the way they do. Rather, they serve as a simple foil to Huck's more open-minded, humanist attitude toward Jim. In other words, their primary function is to help create the various situations that reveal the complexity of the main characters.

The story of Dracula is about a wealthy nobleman named Count Dracula who is in fact a diabolical vampire. When a solicitor named Jonathan Harker visits Dracula's castle, he is struck by Dracula's gracious manners, but soon comes to realize that he is being held prisoner. Harker observes many strange behaviors in the castle: Dracula scales the wall like a lizard and, Harker believes, can turn into a bat. As the story progresses, Harker's fiancé and her friend become involved as Dracula 'infects' both of them by sucking their blood and infecting them so that they become vampires. The plot is complex, but Dracula's character and motivations are not complex: all he wants to do is suck blood, and convert others into bloodsucking vampires. Because he is motivated by such simple desires, which are never complicated by new background information or any of the many conflicts that arise, Dracula is a flat character.

Janie’s life story is the primary focus of Hurston’s Their Eyes Were Watching God. Janie is a fair-skinned black woman who has returned to Eatonville, Florida, after having left with a man she fell in love with, Tea Cake. She meets her old friend, Pheoby Watson, who stood up for Janie when others in the town gossiped about her love life, and Janie begins to tell Pheoby what her life was like before departing and what became of her once she left—and this story comprises most of the novel. Janie’s life has been shaped by the pervasive racism and sexism she has encountered, and the bulk of her story centers on men she has loved and trusted who abused her.

Pheoby’s presence in the story is crucial, because she serves as an audience for Janie's retelling of her life story, which she otherwise might not have told. Furthermore, the format of this book (Janie as narrator and protagonist) mirrors one of the book's main themes (Janie’s ability to find her own voice at the end of the story). In other words, Hurston seeks to show how Janie has suffered, but has also become empowered. Pheoby is critical to this story and its central themes, yet readers know almost nothing about her. Phoeby is an honest woman who trusts her friend, but that’s about all that Hurston reveals, which makes Phoeby a flat character. Pheoby's role in the story is to help advance the plot, and to allow readers to focus on Janie’s story. 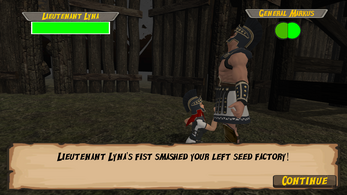 Why do Writers Use Flat Characters?

There are several reasons why a writer might choose to include a flat character in their story. Here are a few of the most common ones:

While flat characters are often important parts of stories, it is also important to note that authors can also inadvertently create flat characters who feel too simple for the roles they are given in the story. In this circumstance, when a character is flat but the story seems to demand that they be more than flat, then the creation of the flat character was a mistake on the part of the author rather than a purposeful choice.