Milan until Sunday night had failed to beat Napoli at the Stadio San Paolo for over 10 years, but they ended that hoodoo in style.

With head coach Stefano Pioli and his assistant Giacomo Murelli out with COVID-19, the mantle was ready for Daniele Bonera and the players to show their tactical maturity. Napoli had a big absentee in Victor Osimhen, while Milan had Leao out with a knock.

A brace from Ibrahimovic a first Serie A goal from Jens Petter Hauge completed a famous win for the Rossoneri against their former coach and club legend Gennaro Gattuso. But how did Milan perform so effectively? 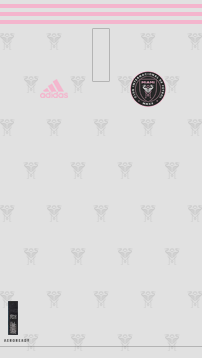 Napoli set up in a 4-2-3-1 under Gattuso. The double pivot was formed by Bakayoko and Fabian Ruiz while the front three consisted of Insigne, Politano and Lozano with Mertens up front.

Napoli with the ball used a patient build-up method waiting for the front players to make deep runs or occupy the half spaces before making the pass. If they had won the ball back, Napoli would try and use quick passes out towards the wings with full-backs making overlapping runs. Lay-off’s and horizontal passing were often used too.

While defending Napoli used a narrow 4-4-2 formation with the front two – Mertens and Politano – pressing Kjaer and Romagnoli. In their own half, Napoli tried to be compact and did not allow Milan much space to carry out passing combinations.

Napoli’s narrow and compact 4-4-2 against Milan.

Milan meanwhile took advantage of the fact that Napoli didn’t have a tall striker upfront and tried out to play out from the back. They extensively used cover shadows that press by cutting out passing options for the player on the ball. Anytime the ball went out for a goal kick, Milan committed players forward to prevent Napoli from playing out from the back.

In defence, Milan played a strict and narrow 4-4-1-1 with Hakan and Ibrahimovic pressing Koulibaly and Manolas. The idea of Bonera’s side was to press and win the ball back and break into quick counters.

With the home side having quick players, hard-working wingers like Rebic and Saelemaekers assisted their full-back to prevent an overload, i.e. 2v1 situations for the defenders. Keeping in mind the danger of Insigne, Calabria rarely ventured forward and Milan used Theo Hernandez to cause problems for Di Lorenzo.

Milan quite often used switch of play by sucking the opponent to one side and then using one of the double pivot to switch flanks.

Milan using a switch of play.

With Napoli playing a high line it always made Milan aware of the opportunity to counter-attack, and Milan used that opportunity well.

The problem of the half space

When pressing from their own half, Milan leave quite a gap between the last line of defenders and the double pivot of Kessie and Bennacer. Quite a few times Napoli exploited this space but the final ball was lacking.

Another bad day at the office

Alessio Romagnoli had quite a day to forget. A modern day footballer’s most potent weapon is his recovery pace – i.e. the ability to catch up to an attacker that has broken through the last line of defence and is speeding towards the goal.

This is particularly prominent because Milan play a high line. Against Politano, Lozano and later Petagna, Romagnoli was left behind when the attackers hit top speed. And then for the goal, Mertens turned Alessio very easily to score.

Once again the double pivot of Bennacer and Kessie dominated and bullied the midfield. Keeping no more than 10 meters between them, the Algerian and Ivorian form a deep midfield block in their own half while acting as a passing option during build-up play, forming slick triangles to pass the ball out from the back. Against Ruiz and Bakayoko, Kessie and Bennacer passed yet another litmus test.

Milan fans were concerned that Theo Hernandez was tailing off in the last few games, but two weeks of rest has shown us how much of a factor fatigue has played in his levels. He is the epicentre of the Rossoneri’s counter-attacks and was the creator of the first goal.

Even though Bennacer played a defence-splitting pass, Hauge had to deal with Manolas, one of the best defenders in Serie A. The Norwegian showed us his brilliance, by speeding past the Greek at first and then dummying past him by using quick shifts of pace.

He slowed down at first and deceived Manolas before changing pace quickly before his opponent could make a tackle and then lifted it over the keeper.

Chelsea could finally be looking to move a few of their serial loan players on permanent deals at the end of this season, bringing in some extra cash and freeing up future squad space.

It is something that is a must do task, with many players having been at the club for years now and needing to be moved off the books entirely.

Which players could be leaving Chelsea this month? Find out here[1]!

One of those is midfielder Tieomoue Bakayoko, who is actually having a very good season on loan in Serie A with Napoli.

He had a nightmare time with Chelsea though, after joining the club back in 2017. Now at the age of 26, he looks to have found his niche in Italy and it looks like he wants to stay there.

No talks have taken place between the two clubs as of yet, but Bakayoko’s agent Abdoulaye thinks staying at Napoli on a permanent deal ‘would be a nice opportunity’.

As reported by Goal[2], Abdoulaye said:

“It’s too early to talk about that (a permanent move), there are many things that must be considered,” the player’s representative said. “He is on loan until the end of the season and he hasn’t talked to the club yet, but staying at Napoli would be a nice opportunity, so we will see.

“He has played for many clubs, but he is happy at Napoli. The results are there and this club would be an ideal option for the future.

“Napoli are title contenders; a positive ending is in everyone’s interest. Napoli will be his priority in June.”