The Wind And Wilting Blossom Crack 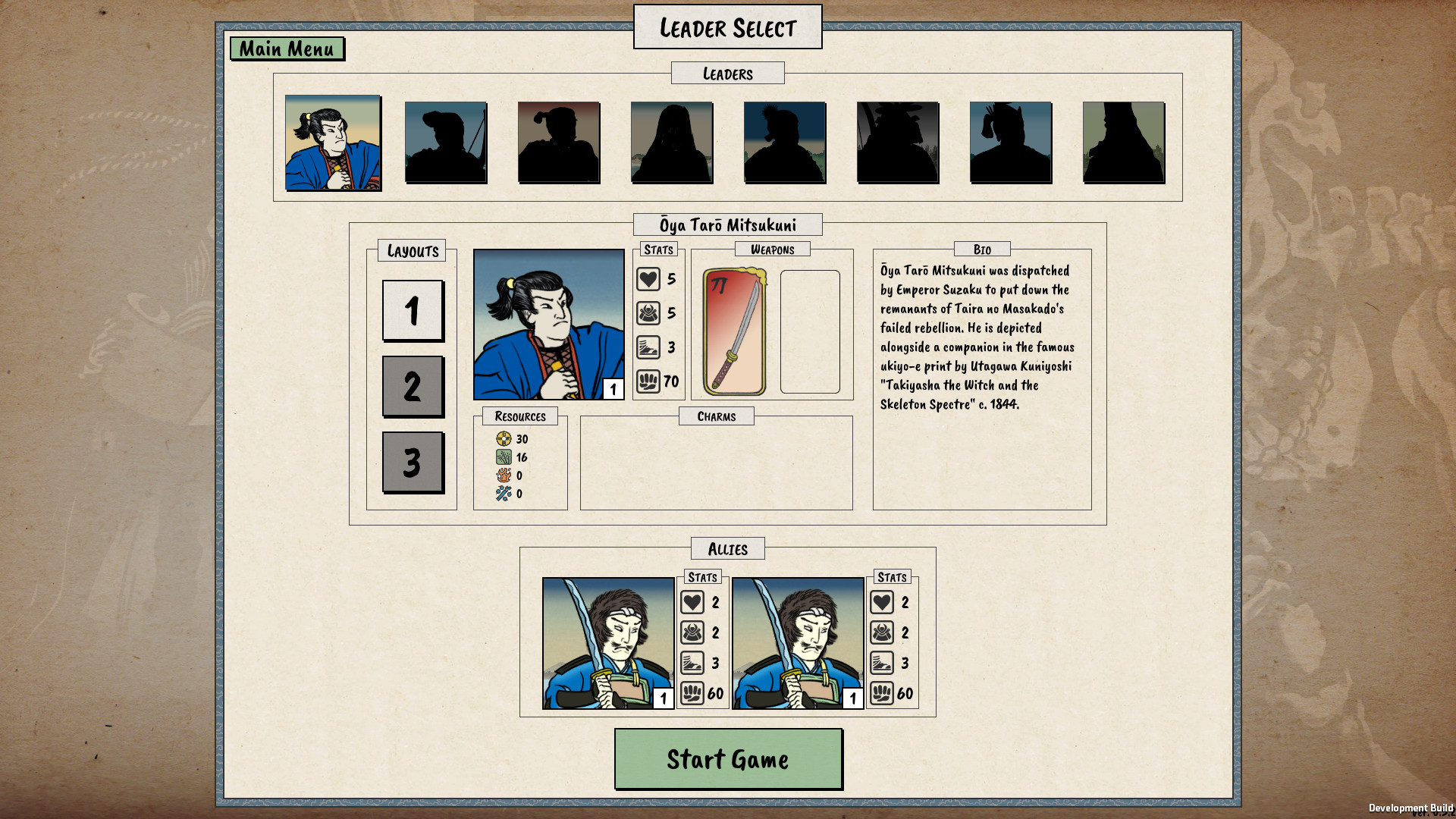 My burning passion for Kickstarter projects has dimmed over the years, beginning at a feverish pace and slowly calming down to a low kindle. But I still appreciate finding small devs, especially when I can provide them a venue to expand their audience. However, sometimes those projects aren’t successful. Today I’m writing up one such project that is all the more impressive for the lack of funding. Picklefeet Games went the self funding route after crowdfunding didn’t succeed. Their game is The Wind and Wilting Blossom. I first played it a while back at SIX at PAX West. Today we’ll see how far the indie project has come.

Oddly enough, the game that The Wind and Wilting Blossom immediately reminds me of is Oregon Trail. Yes, that Oregon Trail. That hardcore, old school game where 9 times out of 10 you die of malnutrition or wild animals. Now that I think about it, Oregon Trail was the first rogue-like I ever played. The Wind and Wilting Blossom isn’t just a rogue-like, complete with permadeath, but it’s also a tactical adventure. You control a team of warriors as you go on a quest. Each of the main characters has a different backstory and tactical focus, though I was unable to unlock anyone other than the default playable character. His name is Oya Taro Mitsukuni, or Mitsukuni for short. His story revolves around a dangerous witch and her horde of monsters, including a gigantic gashadokuro that has already defeated Mitsukuni in battle. Your goal is to find a way to put a stop to Takiyasha the witch and her ravening hordes, with them nipping at your tail. As such, you’ll constantly be on the move. Your goal is to move across each map quickly while also touching upon the Story nodes. I learned the hard way that you can’t proceed until you do. When I tried to be cute about it, I got trapped right as the massive swarm of monsters caught up to me, and they quickly put an end to my story.

The loop of the game involves moving from node to node on the map, making sure you go across every Story node in the process. Once you have, you can exit to the next map, rinse and repeat. Movement requires food, represented as a green grain icon. As you progress you’ll trigger random events and battles. Events can help or hinder you, but you’ll never know which in advance. Every part of The Wind and Wilting Blossom is a roll of the dice. Should you help a random stranger or leave them to cruel fate? Do you try to steal an ancient weapon, or leave it to gather dust? Everything is meaningful, and everything is potentially a trap. The key thing to remember is that you can only heal and buy items at shops, which are randomly placed on each map. You can also recruit new characters at most shops, and there’s a range of classes including Soldiers, Farmers and Merchants. The unique characters generally will only join you during specific events, such as sneaky thief Hokusai Komagata. And keep in mind permadeath is alive and well, so if you lose a character in battle they’re gone forever.

I like the way combat works in the game. It’s very streamlined and intuitive. You select a character, move them along their hexagonal movement grid, and then attack or use a special ability. One of my favorites are how Merchants can gather all Wado (gold) around them for a 20% bonus in value. One element to keep in mind is that only your leader can change their weapons. Everybody else only has what they come equipped with. So if you want a ranged attack, you need a fighter equipped with one. Also, most units have armor. The armor value refreshes after every battle, and it prevents damage from hitting your base health. But don’t get cocky, since your health doesn’t regenerate automatically, and costs cold hard cash to heal at shops. You might find events that heal your party as well, but you can’t really rely on that eventuality. Though the combat is smooth and fun, it can also be overwhelming. A lot depends on the armor rating of your foes, as well as which enemies you’re facing. If it’s basic skeleton grunts or bandits, no sweat. But when you face foes armed with daggers that make your team bleed, or burning wheel demons that kamikaze, things get hectic fast.

One thing that hasn’t changed since I first demoed The Wind and Wilting Blossom is the art style. I love the woodblocks brought to life aesthetic. It’s really unique and quite attractive. There’s also a good variety of monsters and characters that flesh things out. While the sound effects are a bit muted right now, the music is fantastic. It’s very stirring and full of Eastern flair. It gets you excited to battle and fills you with dread when things are tense. I know Picklefeet is still implementing changes, since this version of the game is early access. I really hope they add a few more sound effects to punctuate battles even further. Also, though you can increase the font size to read all the text in the game, it’s still pretty tiny on the largest setting. I would love if a narrator was present to read these segments, as that could fix how often I had to squint while also lending some gravitas to the events. A dream voice actor would be someone like George Takei, but that’s probably not in the cards. Regardless, this is an attractive package that can easily be improved with some small fixes.

There’s a few things that I definitely think need fixing in the game. One is the notification for earthquakes. I constantly missed the visual cue for these, and got unpleasantly surprised the next turn. It’s not an issue for other weather effects like lightning strikes, which are clearly indicated on the grid. I also think the tutorial should make it more clear how you level up. It’s not from battles. You have to spend scrolls you’ve found to level up your team, increasing their base health and other stats. Finally, while I very much enjoyed my time with the game, I think the difficulty still requires a bit more fine tuning to make it more balanced overall. Don’t get me wrong, the game has progressed nicely, but there’s still room to improve.

I will say, after spending 4 hours with The Wind and Wilting Blossom I’m pretty excited for the full release. Though the game is still quite challenging, it’s a bit better paced. I got overwhelmed pretty quick in the first PAX demo, but now I was able to get across several maps. The roadblock I hit this time was a dangerous demon bear, an Onikuma. Not only does he inflict massive damage with each swipe of his paw, he also counters attacks. I tried getting a ranged weapon to even the playing field, but didn’t realize those all cost ammunition. As such, by the time to got to him later I had accidentally spent all my ranged ammo. Thankfully I did eventually succeed, thanks to the random occurrence of a lightning storm that burned the beast, causing him to lose health every turn. Unfortunately, right after I beat the Onikuma I got trapped by Takiyasha’s hordes, since I had run out of food and couldn’t proceed forwards. Yes, this is a very challenging game, but in a dynamic and addictive way. If you enjoy difficult tactical experiences with a unique aesthetic, keep this one on your radar! 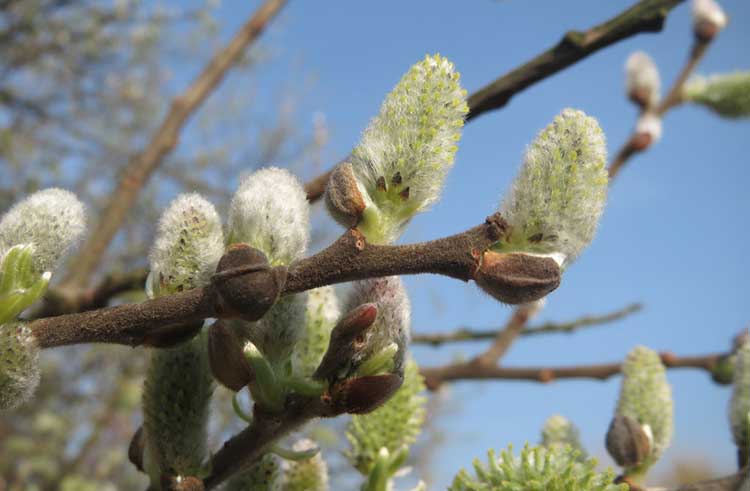 This brings me to my question: When does Steam Workshop mods download/sync? Can I force-sync Workshop mods? Note: The Skyrim launcher didn't work for syncing mods. As a matter of fact, it said I was 'All up to date!' Edit: This question is under the assumtion that all Steam workshops are managed the same through the Steam client. Force download steam workshop. Task Force Arrowhead Radio provides a way to dramatically increase gameplay realism and atmosphere by seamless integration with TeamSpeak. More than 50.000 subscriptions only at Steam. Luckily, you can force Steam to download games while you play. Just fire up the game you want to play, then follow these steps: Press Alt-Tab to get back to the desktop, then pull up the Steam.

Permadeath – Make tough decisions that matter, because there are no second chances.

Unique Allies – Recruit and level up farmers, monks, poets, ninjas, and many more – each with their own unique abilities.

The Wind And Wilting Blossom Cracking