Virtual Room is one of the world’s best team-based virtual reality experiences and is now in Sydney. Blending the escape room concept with a full 3D cinematic experience to deliver a unique, immersive and mind-blowing adventure.

This article is about the archetype. For the Yu-Gi-Oh! anime story arc, see Virtual World (arc). For the location in which this arc takes place, see Noah's Virtual World.

'Virtual World' (Dennōkai) is an archetype of WINDPsychic & EARTHWyrm monsters which debuted as The Valuable Book 22 and V Jump May 2020 promotional cards, and received its first support in Phantom Rage. It has a sub-archetype in the 'Virtual World Gate' archetype.

Like other Psychic archetypes, 'Virtual World' has a focus on banishing and Special Summoning, albeit with a twist of also making use of Types and and Attributes. Interestingly, all members of the archetype have Levels/Ranks consisting of multiples of 3, ranging from said number to 9. The Main Deck members all have the shared effect, Summoning themselves from the hand or GY:

This is then followed up by an additional effect upon being Special Summoned, allowing them to easily swarm the field as well as get cards into the GY early on. This also easily sets up their Synchro Monster and Xyz Monster plays.

'Mai-Hime - Lulu' allows you to add a 'Virtual World' card from the Deck to your hand that has a different card type to the target used to Summon it, with 'Xiezhi - Jiji' doing the same though the effect occurs during the End Phase rather than immediately. Hillside equestrian meadows. 'Princess - Niangniang' is able to Summon itself from the GY and treat itself as a Tuner but is banished when it leaves the field. However, 'Niangniang' will also shuffle another banished card upon being banished itself. 'Roshi - Laolao' Summons itself as well as another 'Virtual World' monster from the GY with a different name the card targeted prior, but in Defense Position and with its effects negated. This can set up with 'Kirin - Lili', who sends 2 cards from the Deck to the GY instead of 1, though they must have different names. Meanwhile, 'Gate - Quinglong' banishes a 'Virtual World' from your GY to target and negate a face-up monster’s effects even if 'Quinglong' leaves the field, while 'Gate - Chuche' targets and destroys a face-up card while shuffling 2 of your banished 'Virtual World' cards with differing names into the Deck. Banishing 'Chuche' allows you to target and either increase or reduce the Level/Rank of a 'Virtual World' monster. 'City - Kauwloon' places the 'Gate' cards directly from the Deck into the Spell & Trap Zone - bypassing a card like 'Denko Sekka' - then activating effects in sequence for the amount of 'Gate' cards you control; these are increasing your monsters’ ATK by 200 for the rest of the turn, milling the top 3 cards of your Deck and cheating out an astounding 4 'Virtual World' monsters from your Extra Deck per 2+, 3+ and 4 of your 'Gate' cards.

As for the Extra Deck monsters, 'Beast - Jiujiu' cannot be destroyed by battle or effects as long as you have monsters with the same original Type and Attribute but different names in the GY. Each turn, it can also banish these monsters to target a card on the field and send it to the GY, bypassing effects making monsters immune to destruction. 'Dragon - Longlong' cannot be targeted while it has Xyz Material, and at the cost of 2 Materials, is able to negate any monster effect your opponent activates if said monster lacks the same Attribute as a monster they control. 'Phoenix - Fanfan' also uses 2 materials to target and banish a face-up card the opponent controls and in either GY, as well as Special Summoning a pair of 'Virtual World' monsters your Deck with the same Type and Attribute, but without specifying differing names are necessary. 'Shell - Jaja' uses 1 material to target a face-up monster you control and make it immune to battle destruction, while it can also banish a monster it battled after damage calculation if monsters in your GY have the same Type/Attibute. Lastly, 'Kyubi - Shenshen' banishes all cards that would otherwise be sent to the GY from the field. If in the GY itself, 'Shenshen' can banish other monsters with different Types/Attributes to revive itself, as well as return 1 banished monster to the GY when your monster declares an attack. Note that this can miss the timing due to using 'when' in place of 'if'. This combined with 'Chuche' allows you to replenish resources used for other effects.

Cards that may mesh well with the Deck include 'Emergency Teleport' to easily start taking advantage of the Main Deck's swarming, and 'Psychic Wheeleder' can be easily Special Summoned simply by controlling another Level 3 monster, while being able to destroy a monster with ATK lower than the one it was used to Synchro Summon. 'Foolish Burial' and its Spell/Trap counterpart can be used early on for advantage. 'Psychic Feel Zone' and 'Psychic Path' can easily cheat out a Psychic Synchro Monster and add banished Psychic monsters back to your hand, respectively. The archetype may also possibly good synergy well with the PSY-Frame' archetype, specifically 'PSY-Framelord Omega' as it can mess with the opponent’s hand and return banished cards to the GY.

Virtual World is a space for an online community which looks and feels almost like the real world.
People are represented by avatars, and they are able to carry our activities that they can do in real life, without the constraints of real space, such as, having a 3D chat with people who are thousands of miles away (even with voice on VOIP!), modelling without the bother of glue and paint, hanging out in virtual cities and even owning a 3D apartment in areas which would be out of reach in real life!
Twinity does exactly this! Twinity is a 3D Virtual World currently spanning Virtual Berlin, Virtual London and Virtual Miami, where you travel as an avatar, own 3D Apartments and have a 3D Chat, through text or VOIP, with people from across the world!
<< PREV - NEXT >> 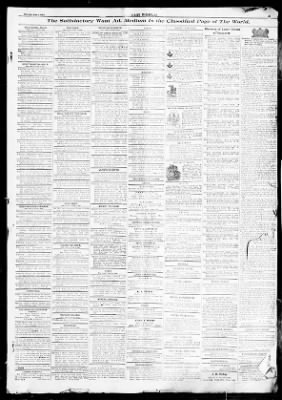 Join Twinity and visit our virtual Berlin, Singapore, London, Miami and New York.
It is FREE!