I used to be a happy subscriber to the good old analog cable from Comcast. I would simply plug my TV into the coax cable coming out of the wall and that would give me a bit under a hundred channels. I was getting pretty much everything I wanted to watch: HBO, Comedy Central, History Channel, SciFi Channel and Cartoon Network (for Adult Swim). And I was happy. Then Comcast decided not to carry HBO over the analog connection because it was to easy to unscramble or some shit like that.

So I reluctantly bought their cable box to get the digital service. I figured that having more channels probably won’t hurt, and they even thrown in few months of free Showtime a few other premium movie channels along with the deal. And there was their On Demand service which pretty much clinched the deal. For example, you could use the service to watch most of the original HBO shows and specials the next day after they aired for free. 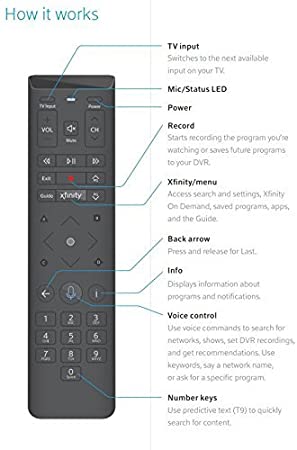 So I was pretty happy with the switch. One thing has always bothered me though – entering a single or two digit channel number on the remote did absolutely nothing. Most normal cable boxes, and TV remotes will usually give you a short time window to enter the number so if you for example just enter 72, and then skip a beat it will automatically tune into channel 72. Not the Comcast cable box though. If you wanted to go to channel 72 you had two choices:

Aug 15, 2018 Here’s how you can auto-tune to high-definition channels on the Xfinity X1 TV set-top box using the on-screen guide, that way you don’t have to keep going page-by-page in the guide to find HD. Disable Auto Tuning Hd Xfinity Remote It scans and stores the channels starting from the current channel in order. Auto tunning can be performed by selecting auto-tuning option from channel option available in main menu. Feb 08, 2010 sent a note to direct tv asking how to use the remote to 'auto tune' the HD DVR. I have one HD DVR receiver and 3 non-HD units. The Non-HD work perfectly with auto tune. With the HD DVR receiver, there is no auto tune to select a program to watch at a future time. Direct TV sent me instructions on how to auto-record.

WTF? Why would they do this? What is this shit? Initially I was annoyed, and I wanted to hate Comcast more, but I quickly realized that I have no more hate. It’s true, I’m not a hateful person, and I don’t hold grudges. I can only intensely hate few things at the time. And there is oh, so much things I hate these days. I mean, I’m already pretty committed to hating Microsoft, MPAA, RIAA, the Jack Thompson, Senator Stevens and bunch of other politicians that piss me off, lolcats, whoever owns the 2girls1cup domain and of course Comcast for their shitty ISP service. It’s like, I already hate them with a passion so it’s not like I could hate them more.

So I got used to it. I mean, what are you going to do. I could switch to another cable service, but that’s a lot of work and I figured that funky channel switching was one thing I could live with. Many moons have passed, and I completely forgot about the issue, habitually pressing OK after 2 digit channel numbers.

Few weeks ago I was sitting in some waiting room. I don’t remember what it was, but it was one of those places that has a magazine rack so you can read stupid shit while you are waiting. Since I had no interest in celebrity gossip, cars, body building secrets or restaurant reviews and fine dining tips, I grabbed some old crumpled up computer magazine that was sitting lonely in the corner. In fact, I’m guessing that this particular magazine was probably abandoned there by one of the patrons because it was like a 2 year old issue and there was no other tech-related magazines on the rack. I flipped around it, and flipped to the editorial section where some guy was ranting about Comcast switching their digital service software from a Microsoft box top set, to the shitty software they are using right now overnight.

Now, I never saw that old system (which just tells you how old that magazine was) but from what this guy said it was pretty sweet, at least compared to the current setup. More intuitive, with many more features and with a non retarded channel switching. The guy actually mentioned that this issue could be fixed by switching on the “auto tune” feature in the box top setup menu. No wai, I thought. I made a mental note to check it out when I get home.

Unfortunately the way my brain works is that as soon as things leave my short term memory, they go through a rigorous sorting process. Stuff like internet memes, geeky news, video game related stuff, programming tips, hax and stupid crap get placed on the high priority, fast access long therm memory sections. All the unimportant stuff like remembering to buy toilet paper, picking up clothes from the cleaners and other mundane real life shit gets filed under “Misc & Sundry” section which is conveniently located in my brain’s equivalent of the /tmp folder.

Translation for normal people: I immediately forgot about it. Geez, how do you people read this blog if you can’t follow my analogies.

Anyway, I was watching TV the other day and this random memory just popped into my mind. So I pulled up the clunky on screen menu, and found the Main Menu and went into Setup. Now you would think that the “Auto Tune” feature would be in some logical place like “Cable Box Setup” but no. It’s hidden under “Program Guide Setup” but whatever. The entry itself is very non descriptive to – it looks something like this:

Now, unless I read about it in that old magazine I would probably not know what this thing meant. But that is not the weirdest part. What really disturbs me is why is this feature set to off by default? Initially I thought that this was just a silly quirk of this cable box – that some weekend programmer or engineer just did a half assed job and decided that adding that timeout and auto tune logic was not worth the effort. But no. The feature is there. The problem is that someone decided that it is a good idea to have the box behave differently than EVERY SINGLE FUCKING TV RECEIVER EVER MADE by default.

I know, I know – I’m complaining about a single key stroke here but come on guys. This is like basic design stuff you want to release a product that behaves in a way that your customers expect, and are used to. Most usability experts will tell you that you should strive to reduce required number of key strokes and button presses, not increase it.

I mean, the only reason why I didn’t go hunting for this feature in the menu when I got the cable box was that I did not think that someone would actually implement this feature and then leave it off by default. But I guess you just have to leave it to Comcast to do the unthinkable. :P